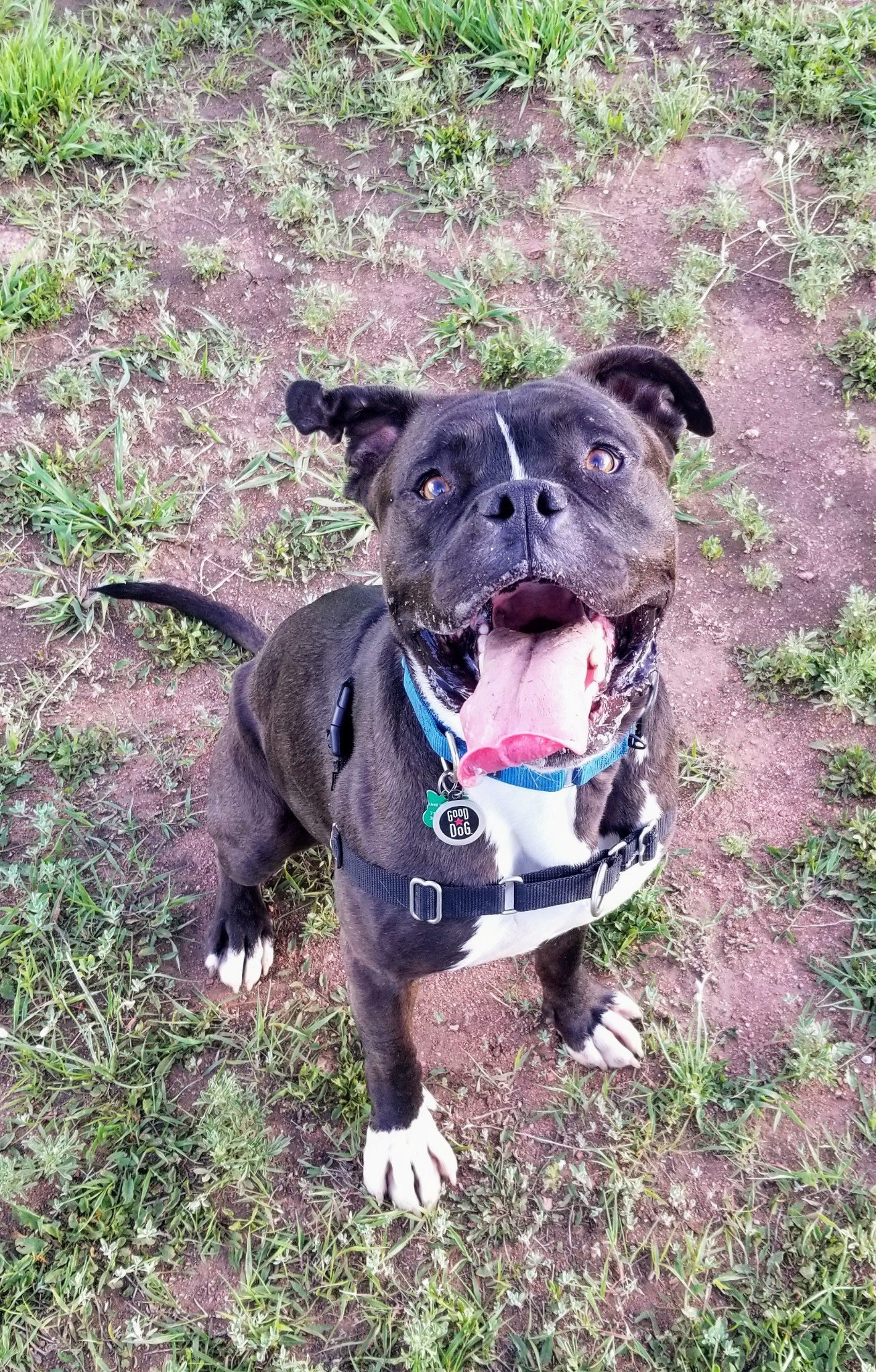 Ok guys. You are missing out on the BEST DOG EVER! I know we say that a lot, you're right. But everyone at UTH has fostered and fallen madly for this boy. His name is Jackson but we've been calling him "Hambone"? Not super sure where that came from, but I think it's because we said "you're such a ham!" too many times and well...there ya go.

Jackson wants to be in bed, on top of you, while he ever so masterfully inches his butt to inch YOUR butt, basically off of the bed completely. Then comes the snoring. Was Jackson a lumberjack in his last life? Maybe he is part chain saw. Many times you will wake up thinking to yourself..."OMG is he OK? Does he need one of those C-Pap thingies? Is he choking?" Then he will look at you, probably lick you, maybe fart, and go back to snoring.

Jackson plays fetch! Like, really plays it. Not that 'chase it for a few times and bring it half back' BS that my dog does. He plays tug. He's a master at getting your daily ab and arm work out in. You know you've been saying you need to get to the gym more? No way! Adopt Jackson.

He is awesome on the leash, doesn't pull, doesn't bark his fool head off at everything. He's crate trained. He's house trained. He's fine ALL DAY while you're at work. He LOVES to play with other dogs but can get a little guard-y around his stuff and his people. He might do best with a playful dog that will back down if Jackson is feeling grumpy, or as the only dog in the home but with lots of play buddies. He's hanging with cats in his foster home right now, and ya know what? They are STILL ALIVE. Because of Jackson's playful nature he needs to go to a home with another playful dog.

So why is Jackson still here, you ask? We don't know. We think it's because he's all black, and black dogs get picked last for dodge ball and life. Maybe because he's a block head pittie type boxer thing. Maybe because we haven't been doing a good job of letting the world know how awesome he is. If you are reading this, and you aren't a good fit for our Hambone of a lunk, please pass his info on to anyone who might be interested. Help me get this smoosh face out of here before I end up with another dog!!!

If you are interested in this pup, please fill out our foster/adoption application here: https://form.jotform.com/92587410679166 and someone will be in touch with you shortly!